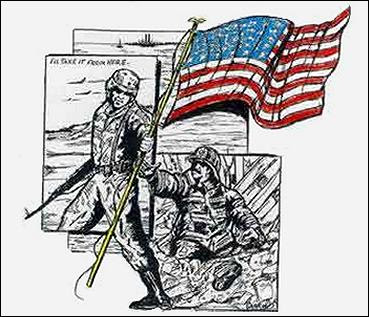 When 9-11 happened, I was 15 years old, 2 weeks into my Sophomore year, sitting in Math class. My teacher was crying, and wouldn't say why. She was a tough old broad and we knew something serious was wrong. When she said a plane hit the WTC we were like, wow how could a pilot not see such a big building. The internet was locked and TVs were removed from classrooms too. We pretty much just sat around talking until the end of that class period.

As I walked into my next class(JROTC)still on a media lockout, nobody knew it was intentional. In our innocent teenage minds, how could we fathom a terrorist attack?? None of the teachers were telling us anything, but slowly we started to get news reports (over our PAGERS) It had to be about 10 a.m. then and it was choatic.

My dad came to the school to get me and I missed the next day too. I've never felt so unstable in my city, in this country. I honestly felt like the world as I knew it was ending. I though a war was coming to our streets, our city. I know I'm not the only one. I used to hang out on top of my garage (yes I was a weird kid) and on that Tuesday I took up a shortwave radio and sat there for 5 hours listening to news reports from all over the world. That day was the first time of only 2, I ever saw my mom drunk.

3 years later I met a man who had enlisted in the Army a week before Christmas 2000.

He was deployed to Iraq in March of 2003 when the first American Troops arrived in Iraq. He'd been home for 9 months when we met.

That soldier, now my Fiance, has been to war twice. 2 year-long deployments. This last deployment, I went through too. I could never have guessed in a million years that, that warm sunny Tuesday, when I was 15 would map out the rest of my life. As an Army wife,(soon enough) I know the price Americans have paid, and continue to pay. In casualties, and in men and women forever changed by war.

We remember this day each year. The lives that were lost and the changes that were made to our country and our lives, forever.

But to military families, EVERY day is Patriot Day. The shock-waves from those attacks are still felt by almost 150,000 American and Allied troops that are STILL in Iraq and Afghanistan TODAY, the Veterans of OIF and OEF and also, their families.