I've been spending a lot of time in the garden! I was planning on finally posting pictures of our new raised bed (which is awesome btw) but by the time I was done planting my new rose bush, it was too dark. Just my luck :)
So instead I have different pics. I spent a couple hours today grooming my dogs. I know, my life is exciting right?
M is in the field, so I've been left to my own devices, what can I say?
But anyway, look at my boys! 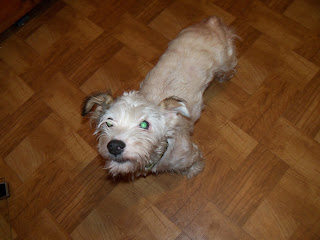 This is Charley. He's a rescue and he's about 2 1/2. He was pulled from death row by a sweet lady the DAY BEFORE he was scheduled to be euthanized. He was left in a box at the pound as a puppy . He was so dirty and covered in fleas, they didn't know he was white. 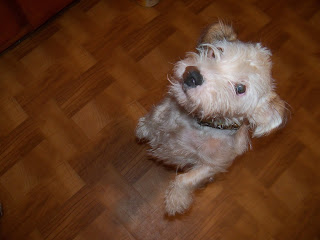 Charley couldn't be a sweeter, lovable dog. I hate to think too much about his past because it was such a close call. I was told he's a Parson Jack Russell mix 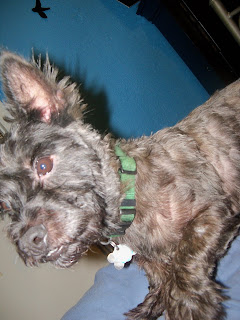 This is Guinness, he wouldn't hold still for a pic haha! He's the dog I've had the longest, and he's spoiled rotten (they all are). I've had him since 2007. He's a full blood Cairn Terrier (like Toto) and I've pretty much mangled his breed standard haircut, but the poor thing was overgrown and needed some relief :) 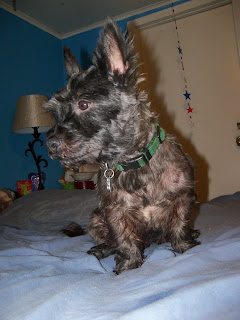 Guinness is my baby! He's the best, even though he's really stubborn, he's just about the smartest dog I've ever seen. He's really sweet and quirky. Cairns are known for their expressive eyes, and it's amazing what he seems to understand.
Do you have a dog?